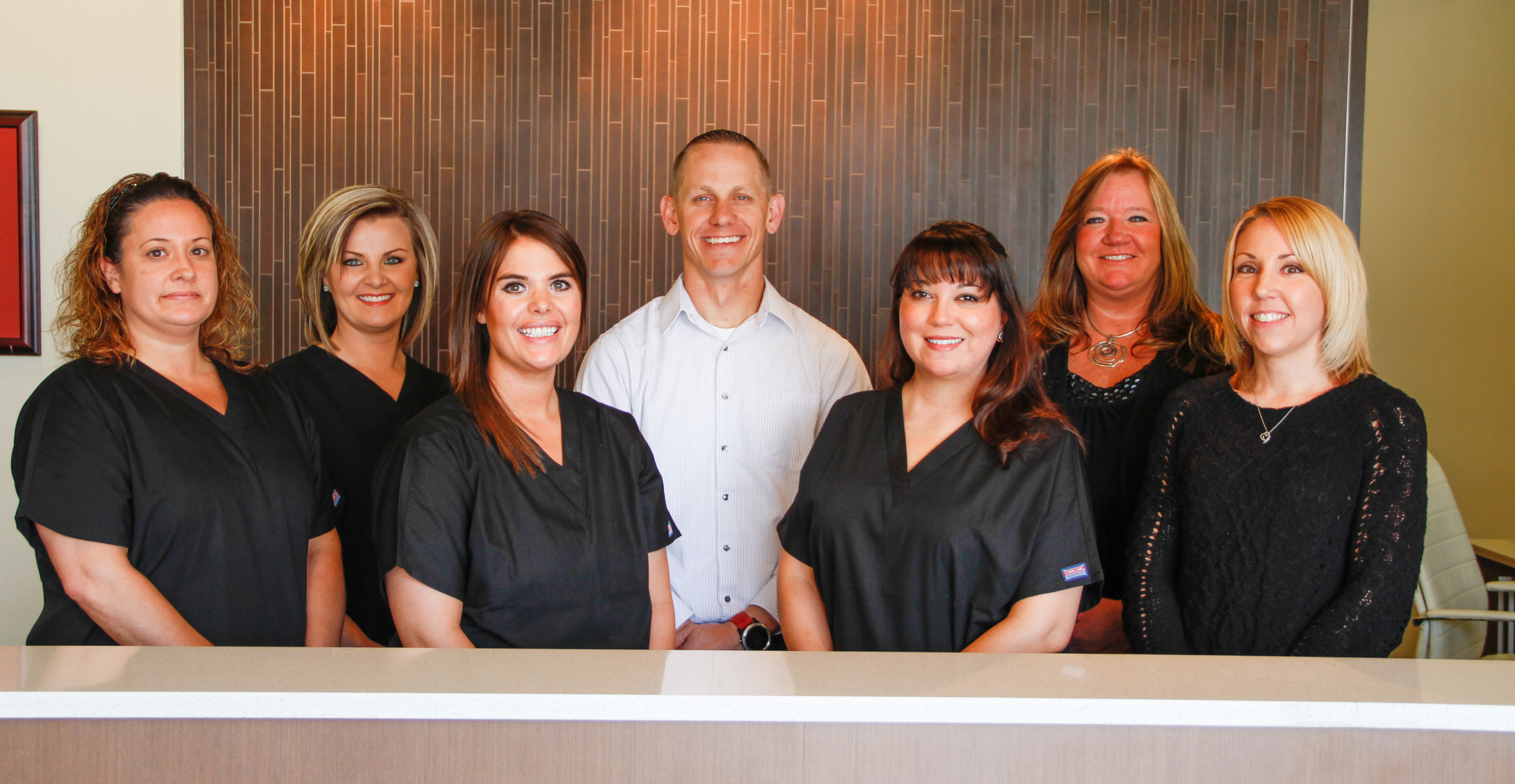 Northern Smiles Family Dental is a family owned and family centered dental practice. Dr. Brandon Nielson loves providing dental care from the youngest child in the family all the way to the oldest in the family. For him, being able to live in such an amazing community but also provide amazing dental service to his patients has been one of his dreams. With advances in technology, Dr. Nielson is able to provide you with state of the art treatment such as same day CEREC crowns along with the invisible braces such as INVISALIGN. The team at Northern Smiles Family Dental looks forward to meeting you and providing you with exceptional customer service. 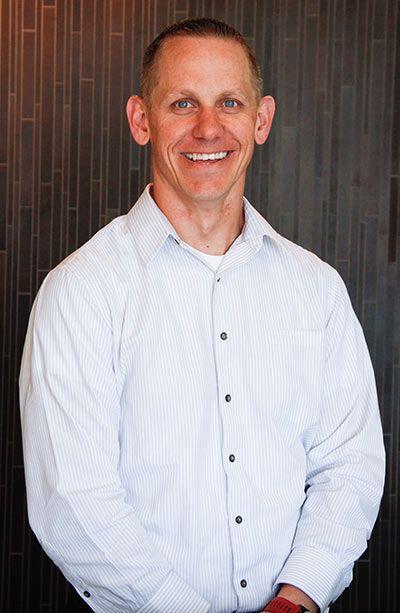 Dr. Nielson was born in Mesa, Arizona and raised in the Town of Gilbert. From a young age, he knew that being a Dentist was the profession that he wanted to pursue. After marrying his wife Michelle, they packed up everything and moved to Kentucky where he continued his education by attending the University of Louisville. It is there that he obtained his Undergraduate Degree in Biology and also his Doctor of Dental Medicine. He and his wife Michelle have three children. Rylee and Ashlynn are their two older daughters followed by their younger brother Easton. Dr. Nielson loves spending time with his family, wakeboarding, snowboarding, road/mountain biking and his new hobby of Obstacle Course Racing such as the Spartan Race and Tough Mudder. 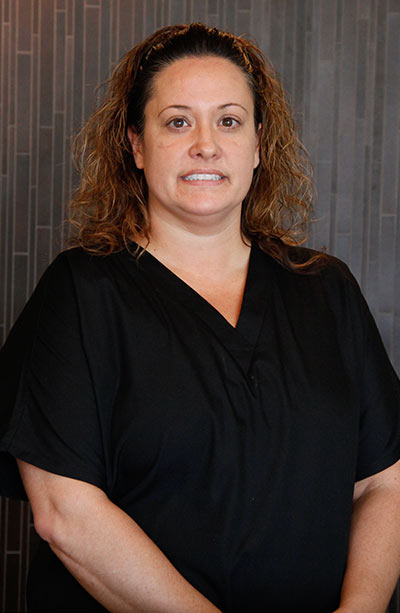 Nicole was born in Loveland Colorado and raised in Tucson Arizona. After graduating high school she moved back to Colorado for a short time. Soon after, she found herself in Texas where she attended San Antonio School of Medical and Dental Assisting. She graduated in 2004 and has been working in the dental field ever since. After moving back to Colorado, she attended classes to abide by Colorado standards. Nicole has two daughters, Kaleya (14 yrs. old) and Zariah (11 yrs. old) and married to her husband Dylan. In her free time she enjoy puzzles, dancing and hanging out with friends and family. 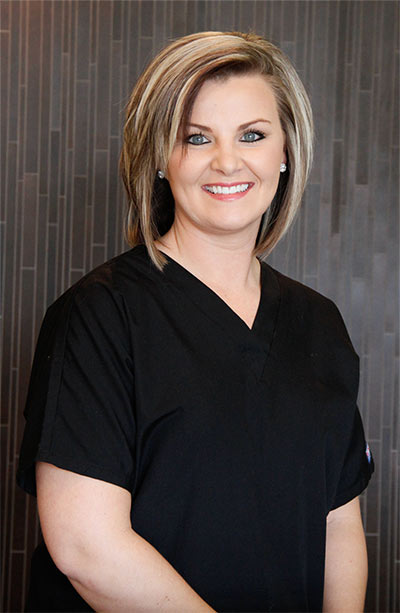 Ashlee was born and raised in the small town of St. Francis, Kansas. During high school she was a dental assistant for a local dentist before attending Dental Hygiene school at Colby Community College. Ashlee and her husband moved their family to Windsor in 2012. She has two children, Kaylee and Braxton that both keep her busy with activities. Ashlee enjoys the beautiful Colorado weather, Bronco football and KU Jayhawk basketball! 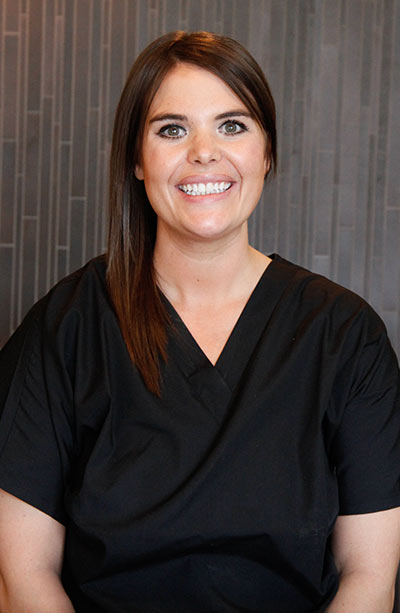 Lexi grew up in Chadron, NE before attending the University of Nebraska where she received her Bachelors of Science degree in Dental Hygiene. After graduating she and her husband packed up and moved for a new adventurous life in Colorado. They now have a two year old daughter named Nova. She loves spending her free time golfing, doing anything outdoors and attending as many Bronco and Avalanche games as she can! 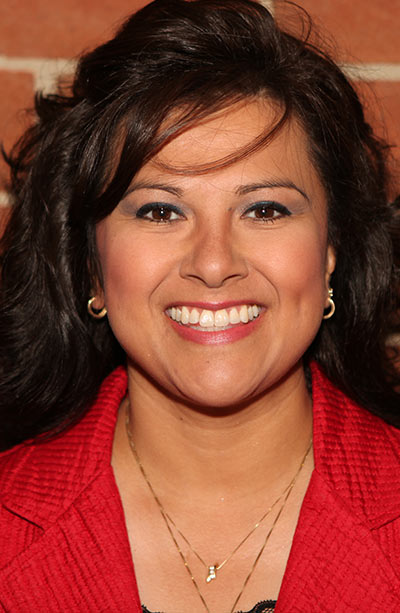 Family – husband – Mike Solis, works for Phil’s Pro Auto in Greeley and we have a 27 year old son, Michael Garza and 24 year old daughter, Jordan Garza. We as a family have 5 fur babies, Sophie, Monster, Wiggles, Taz and Louie. I like to spend my free time with my family and doing community work. I am currently serving my second elected term on the Greeley/Evans school board. I also serve as a board member on the Success Foundation for District six and I have been a CASA (court appointed special advocate) for 6 years. I have been in dentistry for 29 years and enjoy working with patients. I started working for Dr. Nielson on January 31, 2018 and have loved getting to know the rest of the team and patients. I have been impressed with the skills of both assistants, Kaitlyn and Nicole and the hygienists, Ashlee and Alexa. The team has been so helpful and supportive to me as a new member. It’s a great office to work in and it’s an honor to work for a dentist that cares so much about patients. We have a wonderful team and I look forward to getting to know more patients and their families.

I was born and raised in the Steamboat Springs area and moved to Greeley after graduating high school. I met my now husband Kiko shortly after moving here and got married in September of 2017. We have one son Louie, two dogs Leia and Lyra, and two cats Mittens and Thumbelina (she has an extra thumb), so it’s a pretty full house. In my spare time I like spending time with friends and family and having friends/family game nights. I also enjoy traveling and love going back home to Steamboat for a nice weekend getaway. I became a dental assistant in 2016 and started working at Northern Smiles Family Dental in January 2017. I have enjoyed working here and getting to know all of the patients and their families.

Read what our patients have to say about Northern Smiles Family Dental!
Click Here.